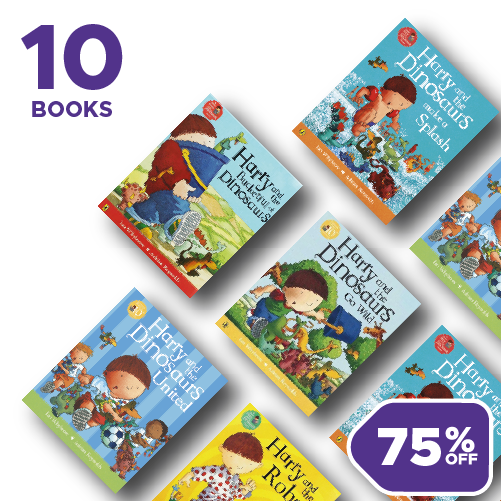 Harry And The Dinosaurs Collection - 10 Books

He cleans them, finds out their names and takes them everywhere…

Packed with adventure and imagination, the Harry and the Bucketful of Dinosaurs books from author Ian Whybrow and illustrator Adrian Reynolds are sure to appeal to children who love both dinosaurs and their toys.

Highly acclaimed, these books combine fun stories with bold artwork – and their gentle introduction to childhood experiences like going to the dentist or having a sleepover make them an extra delight.

Throughout this special 10-book collection, we get to follow Harry as he goes to school, has an adventure at a safari park and celebrates his birthday.