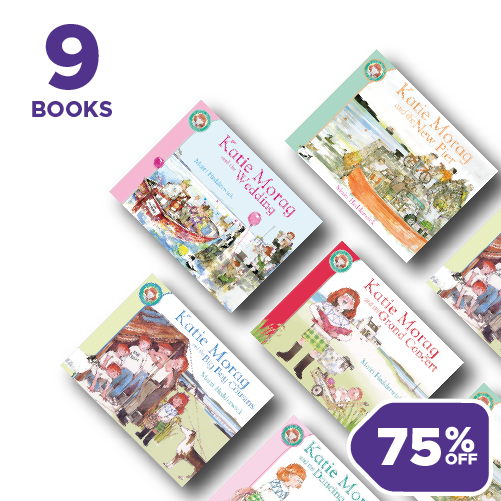 Katie Morag lives on the fictional Isle of Struay, off the west coast of Scotland, close to the jetty above the island's only shop, where her mother is the postmistress and her father runs the general store. Author and illustrator Mairi Hedderwick has given these unique and special stories of a small island community with their beautiful artwork a strong sense of place, and the humour and the feisty and independent character of Katie is a delight.

Katie attends a wedding; puts on her dancing shoes and joins a class; decides to start delivering the mail – these and more of Mairi Hedderwick's traditional tales are included in our 9-book collection. They are beautifully illustrated and charming, warm and full of humour suitable for children aged 3 and up.