Here at Browns Books we love all books, but every so often there are some that we really love, in no particular order here are 5 books that we wholeheartedly recommend for any Key Stage 2 student or above. With options for reluctant readers, accesibility friendly titles and titles that have been quizzed for Accelerated Reader we are sure that you will find something that takes your fancy. 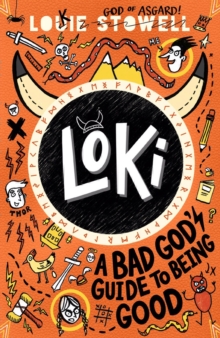 Loki : a bad god's guide to being good

Wry, witty and very funny diary-style story packed with doodles and comic strips about the frustration trickster god Loki feels at having to live trapped in the body of a weedy eleven-year-old boy. After one trick too many, Loki is banished to live on Earth as a "normal" school boy. Forbidden from using his AWESOME godly powers, Loki must show moral improvement. As he records his lies THE TRUTH in his magical (judgemental) diary, it becomes clear Loki hasn't a clue how to tell good from evil, trust from tricks, or friends from enemies.

Norse myths are less well known than their Ancient Greek and Roman counterparts, but this laugh-out-loud new arrival from Louie Stowell will certainly correct that imbalance!

Practical joker and general bad boy Loki is banished to earth by Odin to live on earth as an 11-year-old boy. Gods spring into being fully formed so Loki has never been a child. Imagine being thousands of years old and suddenly having to attend school or have a bedtime!

To add to the indignity, he is accompanied by ‘parents’ and Thor who poses as his twin brother, all keeping an eye on him.

A great choice for reluctant readers, Loki: A Bad God's Guide to Being Good is abundantly illustrated with hilarious doodles, comic strips and visual humour, and the daily diary entries break the text into manageable sections. We highly recommend it for readers aged 8 and up who like to laugh (and learn about Norse mythology at the same time) 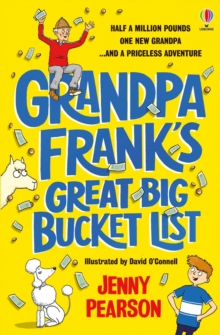 From the bestselling queen of heart and humour, JENNY PEARSON, comes a great big soaring adventure about family and finding happiness. When Frank John Davenport inherits piles of money from a grandma he didn't know he had, things take an unexpected turn... Because the money comes with STRICT instructions...and a NEW grandpa. Frank quickly compiles a list of all the ways he can spend the money and look after his grumpy grandpa. Money may buy hot-air balloon rides, monster-truck lessons and epic parkour experiences, but can Frank discover that happiness is, in fact, priceless?Praise for Jenny Pearson SHORTLISTED FOR THE COSTA BOOK AWARD, WATERSTONES CHILDREN'S BOOK AWARD, LAUGH OUT LOUD BOOK AWARD and the BRANFORD BOASE AWARD"Breaks records for funny and touching storytelling." David Baddiel"As funny and tender as it could ever be." Frank Cottrell-Boyce"Heart-warming and genuinely funny." The Times

When Frank inherits nearly half a million pounds from a grandma he didn’t know even existed it is the start of an adventure involving his less-than-law abiding father Frank and newly discovered very grumpy grandpa – also called Frank….

Jenny Pearson burst onto the scene with her debut novel, The Super Miraculous Journey of Freddie Yates, which was shortlisted for the Costa Children's Book Award and selected as the Sunday Times Children’s Book of the Week, and since then she has established herself as the bestselling queen of heart and humour.

That same perfect mix of belly laughs and heart-warming family drama shines through in Grandpa Frank's Great Big Bucket List, and we’d recommend every 9 year old puts reading this little gem of a book on their own bucket list! 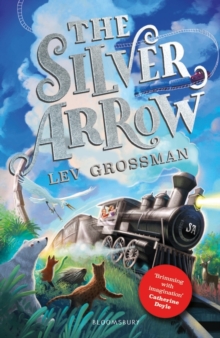 'There's nothing so rare as a fantasy that elicits genuine wonder and that uses marvellous things to enrich a child's appreciation of ordinary ones. Lev Grossman's novel The Silver Arrow is something special.' WALL STREET JOURNAL_____________Discover the magical, timeless children's adventure from Lev Grossman, author of The Magicians. Now a New York Times bestseller!When Kate is given a colossal steam train, the Silver Arrow, for her birthday, she can't believe her luck. After eleven years of waiting, adventure has finally found her!Soon the Silver Arrow is whisking Kate and her brother Tom to a magical station where their passengers stand ready to board. From the porcupine to the pangolin, each one is rare and wonderful. But these animals have been waiting a very long time too. Can Kate deliver them home ... before it's too late?_____________Lev Grossman's first children's book is a journey you'll never forget: a rip-roaring adventure from desert plains to snow-covered mountains and everything in between. Packed with exciting creatures from the indignant porcupine to the lost polar bear and the adorable baby pangolin, The Silver Arrow is a classic story about saving our endangered animals and the places they live.

Kate receives a birthday present from a wealthy uncle – a colossal steam train! When the train magically grows tracks 11-year-old Kate and her brother Tom become conductors on the Great Intercontinental Railway, a magical wish-fulfilling train. Soon however they are whisked to a station where animals are waiting to board – a porcupine, pangolin, polar bear and a fishing cat among others– all needing to be delivered to their rightful habitats.

The Silver Arrow is an exciting, magical and fulfilling read with an important message about saving our endangered animals and the places they live.  Several incredible illustrations by Tracy Bishop enhance the storytelling, and this feels like a modern classic for an audience 8 years and up. We’re already looking forward to Kate and Tom’s next adventure in The Golden Swift, which is released in July 2022. 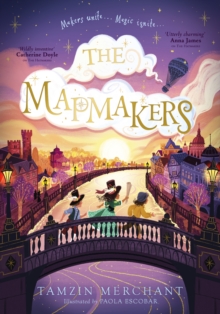 Return to the spellbinding world of Cordelia Hatmaker in this soaring magical sequel to The Hatmakers. Perfect for fans of Nevermoor, A Pinch of Magic and Harry Potter. Ever since Cordelia discovered the hidden map in her father's precious telescope, she's been searching the streets of London by starlight and trying to uncover its secrets. She's sure that her missing father is out there somewhere, and that if she follows his map, she'll finally discover the truth about his disappearance. She never expects to stumble upon a secret society of Mapmakers - or to learn that magic isn't limited to the few Maker families, but is instead is all around, if you just know where to look . . . But danger is lurking around every corner, and Cordelia must convince the rival Maker families to work together for once - not only to bring her father home, but to save the very essence of magic itself . . . A gorgeous adventure from exceptional new storytelling talent, Tamzin Merchant, featuring beautiful illustrations by Paola Escobar. Praise for The Hatmakers'Wildly inventive . . . full of laugh-out-loud humour, enchanting magic and rebellious hope. I loved it' Catherine Doyle'Imaginative' The Times'An utterly charming adventure full of wildness, wit, magic and heart' Anna James'Absolutely wonderful' Emma Carroll'A swashbuckling romp for lovers of history and magic . . . Will appeal to Philip Pullman and Harry Potter fans' Kirkus'A cosy magical adventure peppered with charming detail' The Bookseller

Tamzin Merchant’s The Hatmakers is a firm Browns Favourite, and now we get to return to the spellbinding world of Cordelia Hatmaker in this magical sequel.

When Cordelia discovers the hidden map in her father's precious telescope, she never expects to stumble upon a secret society of Mapmakers, or that it would set her off on a perilous and wildly inventive adventure.

The richly imagined alternate 18th Century London makes a perfect backdrop for this story, and the author’s skill in giving magical elements charming names with historical and literary references makes this a perfect read for those who enjoy world-building stories like Harry Potter, Nevermoor or the Pinch of Magic series. 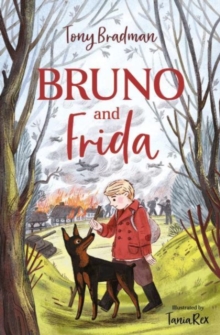 East Prussia, Germany, 1945. War is raging across Europe, and as Russian soldiers close in across eastern Germany, Bruno and his mother must flee if they hope to survive. In the chaos of the attack, Bruno finds himself face to face with a huge black dog. He knows what she is: a weapon, strapped with explosives by the Russian army and sent into battle as a suicide bomber. But as Bruno's world begins to crumble around him, he soon realises that she is just as scared and alone as he is. Faced with a perilous journey across war-torn Germany, will their bond be enough to keep them alive? Multi-award-winning author Tony Bradman sheds light on an oft-overlooked part of history in this heartfelt and poignant wartime adventure.

War is raging across Europe, and as Russian soldiers close in across eastern Germany, 11-year-old Bruno and his mother must flee their village if they hope to survive. When Bombs fall from the sky Bruno finds himself alone and face-to-face with a huge black dog. He knows what she is: a weapon, strapped with explosives by the Russian army and sent into battle as a suicide bomber. But to Bruno it seems she is just as alone and terrified as he is….

In the tradition of Goodnight Mr Tom multi-award-winning author Tony Bradman sheds light on a small part of history with a heart-wrenching and thrilling wartime adventure, which is a companion to the First World War story Daisy and the Unknown Warrior.

Bruno and Frida has been quizzed for AR, and has a dyslexia-friendly layout, typeface and paperstock so that even more readers can enjoy it, and is suitable for readers 9 and up.

Check out our reading highlights for this Summer!

What To Read Next?

These Books Were BANNED!