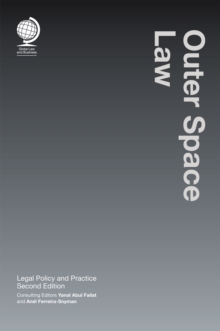 The potential use of space for military purposes has, since the end of the Second World War, been intrinsically linked to the development of space technology and space flight.

The political relevance of outer space continues to be recognised by nations, particularly the strategic benefit of Earth observation from outer space as a national security tool.

However, the dual-use potential of many space applications increasingly blurs the distinction between the military and non-military uses of space.

In fact, many States have openly declared their willingness to protect their space assets by military means and some have even described outer space as a war-fighting domain. Non-State entities are becoming more and more involved in outer space activities, including the use of satellites for navigation purposes, the transportation of supplies to the International Space Station and the offering of tourist flights into outer space.

Private operators have significantly increased activity in the launch of satellites and in 2021 no less than three private space companies (Virgin Galactic, Blue Origin and SpaceX) conducted successful space tourist flights. Today in all space-faring countries, the space industry contributes to national GDP and supports the labour force.

It also serves as a catalyst for technological advancement and productivity growth, and has become an integral part of the day-to-day lives of people around the world.

Consequently, the socio-economic benefits of space technology (in particular satellite technology) have made the development of space programmes an increasing necessity for developing States. Outer space has become a congested environment. The involvement of private actors, specifically, has given rise to a number of legal issues, including questions pertaining to liability, insurance, space debris, human rights and property rights in space. To address these legal uncertainties, the existing chapters in the second edition of Outer Space Law: Legal Policy and Practice have been updated significantly and several new chapters have been added dealing with topical issues including:the regulation of satellite navigation systems, and satellite constellations;the application of human rights in outer space settlements;the exploration and colonisation of outer space; andplanetary protection. The second edition of Outer Space Law: Legal Policy and Practice remains aimed at readers looking for a single title to understand the key issues relevant to the space sector, by also emphasising the practical application of those issues.

The book will be specifically relevant to legal practitioners, academics and State departments primarily working in the space arena, as well as to those in other related sectors such as IT and media, insurance and political science.