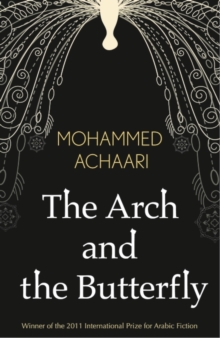 The arch and the butterfly

Winner of the prestigious International Prize for Arabic Fiction - The Arab Booker 2011.

As he prepares to leave for work one morning, Youssef al-Firsiwi finds a mysterious letter under his door.

In a single devastating line he learns that his only son, Yacine, whom he believed to be studying engineering in Paris, has been killed in Afghanistan fighting with the Islamist resistance.

Yousif, the son of a cross-cultural marriage between his Moroccan father and German-born mother, is quickly caught up in a mesh of family tragedies that reflect the changing world he lives in.

He turns for support to his friends Ahmad and Ibrahim, themselves enmeshed in ever more complex business and criminal dealings, and he struggles to reconnect with his father.

With his world already shattered, and finding himself abandoned by his wife for another man, Yousif begins to question everything including his own values and identity.