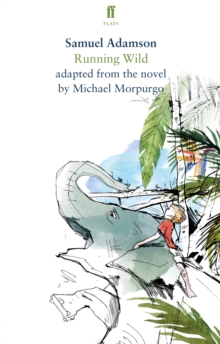 For Lilly and her mother, going to Indonesia isn't just another holiday.

It's an escape and a new start. But when Will takes a gentle ride along the beach on an elephant called Oona, calamity strikes.

As a tsunami comes crashing towards them, Oona charges deep into the jungle, her young rider desperately clinging on.

Miles from civilisation, there's wonder, discovery and treetop adventures among the orang-utans.

But then as Lilly's thoughts turn to his mother left behind on the beach, tigers prowl, hunger hits, and she must learn to survive the rainforest. Samuel Adamson's adaptation of Michael Morpurgo's novel Running Wild was premiered by the Chichester Festival Youth Theatre in 2015.

It received its professional premiere in May 2016, in a Regent's Park Theatre and Chichester Festival Theatre co-production. Running Wild was winner of Best Show for Children and Young People at the 2015 UK Theatre Awards.