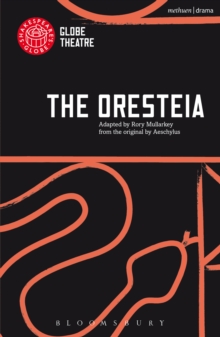 Bloomsbury Methuen Drama
1474274331 / 9781474274333
eBook (Adobe Pdf)
822.92
07/11/2015
Available
United Kingdom
English
112 pages
Copy: 10%; print: 10%
Description based on CIP data; resource not viewed.
He who learns must suffer.
Before setting out for the Trojan War, King Agamemnon sacrificed his daughter Iphigenia. Many years later, when Agamemnon returns to his palace, his adulterous Queen Clytemnestra takes her revenge by brutally murdering him and installing her lover on the throne. How will the gods judge Orestes, their estranged son, who must avenge his father's death by murdering his mother?
The curse of the House of Atreus, passing from generation to generation, is one of the great myths of Western literature. In the hands of Aeschylus, the story enacts the final victory of reason and justice over superstition and barbarity.
The original trilogy, comprising Agamemnon, The Libation Bearers and Eumenides, is distilled into one thrilling three-act play in this magnificent new translation by award-winning playwright Rory Mullarkey.