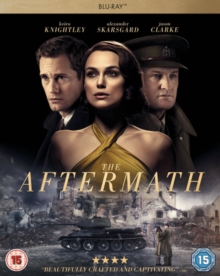 James Kent directs this drama adaptation of the book by Rhidian Brook.

In the wake of WWII, Rachael Morgan (Keira Knightley) arrives in Hamburg to be with her husband, Lewis (Jason Clarke), a colonel still carrying out work on behalf of the British war effort.

Rachael is stunned to learn that the requisitioned home they are moving into still has the owner living there with his daughter, under Lewis's instruction.

Before long, Lewis and Rachael begin to feud over his position in Germany and the work he is tasked with carrying out, leading Rachael's attention to be diverted towards Stefan Lubert (Alexander Skarsgård), the owner of the mansion they have took over.

The two soon enter a passionate affair, which leaves Rachael questioning her future with Lewis and her own morals.