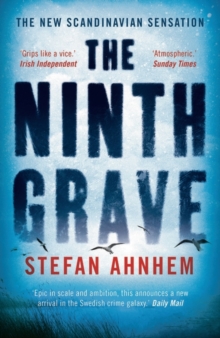 The stunning prequel to Victim Without a Face. TWO COUNTRIES IN THE GRIP OF WINTER. On the coldest day of the year, Sweden's Minister for Justice steps into a blizzard - and disappears.

Who has taken him? That same night, across the Baltic Sea, a Danish celebrity is at her home, locked in and cut off from the snow.

Then she hears footsteps in her living room. Who is in her house? TWO KILLERS STALK THE STREETS. The police are soon hunting two different murderers.

One is a surgeon who carefully dissects his victims.

The other is a brutal predator who targets random women.

Police in Stockholm and Copenhagen are closing in on their suspects.

But as winter darkens and more people die, their investigations begin to unravel.