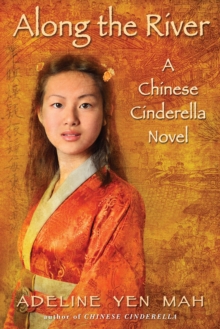 Along the River : A Chinese Cinderella Novel

038573896X / 9780385738965
Usually dispatched within 4 weeks
Bestselling Chinese American author Adeline Yen Mah weaves her authentic accounts of life in China into an absorbing novel about a Chinese girl and her vision of a previous life.

After a fall, CC is whisked away to a hospital. As she drifts in and out of consciousness, she is haunted by vivid dreams that seem strange—yet somehow familiar. Thus begins CC’s emotional journey back to a privileged life lived eight hundred years ago during the Song dynasty.

CC is the daughter of a wealthy and influential man, but she finds herself drawn to a poor orphan boy with a startling ability to capture the beauty of the natural world. As the relationship between these two young people deepens, the transforming power of art and romantic love comes into conflict with the immovable rules of Chinese society.

This stunning fantasy adventure novel, inspired by China’s most famous painting, Along the River at the Qing Ming Festival, tells the story of a friendship both tender and bold. CC’s remarkable journey reminds readers that though time moves on, art and love endure.