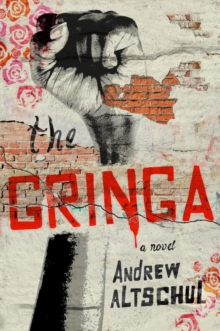 It is 1998 and Leonora Gelb, a passionate and idealistic Stanford grad, is determined to make a difference. While working in the slums of Lima, Peru, she falls into the orbit of a Marxist revolutionary group; when they are eventually captured, Gelb is sentenced to life in a Peruvian prison.

Ten years later, Andresan aimless American expat novelistis asked to write a journalistic profile of ';La Leo.' In flight from problems of his own, he struggles to understand Leonora, to reconstruct her involvement with the militants, and to chronicle Peru's violent history. Is the real Leo an activist or a terrorist? Cold-eyed conspirator or nave puppet?

Inspired by the dramatic events surrounding controversial American activist Lori Berenson, Andrew Altschul's moving new novel maps the blurred boundaries between fact and fiction, author and text, passion and violence. It is a coming-of-age story, a political thrillerand a love letter to a troubled nation.