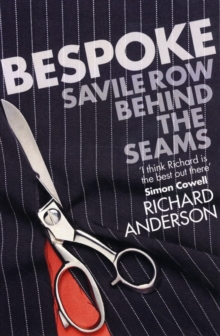 In 1982 for the princely sum of GBP2,000 a year the seventeen-year-old Richard Anderson became an apprentice at Huntsmans, the most venerable of Savile Row tailors.

Nineteen years later he opened his own eponymous business on the world-famous 'Golden Mile', where he hand-cuts exquisite suits for a global clientele.

With him we learn the consummate craftsmanship and pefectionism that goes into a hand-made suit and the years of sweat and graft it takes to learn it.

Training in the art of making trousers and coats that could cost as much as GBP10,000 was a gruelling game, but Richard persisted to become the youngest head cutter in Huntsman's 150-year-old history.

We meet the extraordinary cast of characters who peopled Huntsmans from the boardroom to the backroom -- the debonair Colin Hammick, the grumpy eccentric Brian Hall and Dick Lakey, the heroically overworked 'leg man'.

Not to mention the no less colourful clients, who ranged from politicians and peers of the realm to music icons and Hollywood movie stars.

Frequently funny and told with great candour, Bespokeis a fascinating glimpse behind the scenes on Savile Row.

You'll never look at a suit in the same light again.