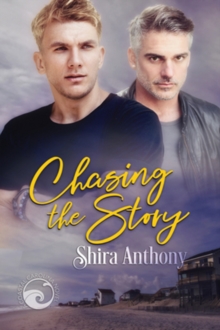 A Coastal Carolina Novel When TV reporter Brand Josephson attends an industry awards dinner in Charlotte, North Carolina, the last person he expects to bump into is the man he's idolized since he was a high school student.

Back then, Zach Caldwell was a New York City anchor riding terrific ratings to a prized spot on the national news.

But when Zach disappeared before taking the job, he left many people, including Brand, wondering what happened.

Since leaving New York for North Carolina four years before, Zach's kept to himself and avoided relationships.

He tells himself he's happy with his reclusive life as editor of the local Wilmington newspaper, but when he and Brand end up chasing the same story of industry corruption, Brand's romantic charm and all-around good nature sneak past his defenses and into his heart.

Brand's discovery of the scandal behind Zach's hasty exit from broadcast television puts their newly fledged relationship to the test, but the story they're working on together puts their lives on the line...