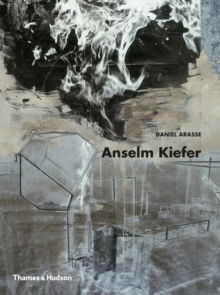 Anselm Kiefer (b. 1945) is one of the most important and controversial artists at work in the world today.

Through such diverse mediums as painting, photography, artist's books, installations and sculpture, he has interpreted the great political and cultural issues at the heart of the modern European sensibility: the connections among memory, history and mythology; war; the Holocaust; and ethnic and national identity.

In this extensively illustrated volume, available again in a new, compact format, Arasse analyses Kiefer's education, influences, philosophy and art, while demonstrating the unity and continuity of his work.

Arasse takes as his starting point the 1980 Venice Biennale, a key moment in the artist's career that marked the birth of both his international reputation and the controversy over the `Germanness' of his work. Organized both chronologically and according to the artist's recurrent motifs, the book's approximately 250 full-colour images trace Kiefer's creative evolution, and present his great themes in their full scope and power.