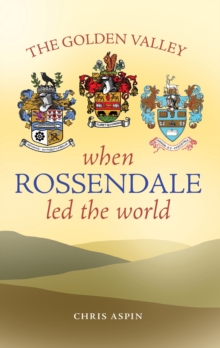 The Golden Valley : When Rossendale led the world

Rossendale during the second half of the nineteenth century attracted world-wide interest.

It was there that working men and women formed not just co-operative stores, but also co-operative mills, which were by far the most successful in the cotton trade's long history. `The Golden Valley' prospered prodigiously and if Rossendalians had heard of Karl Marx, they would have laughed him off the stage.

At the very moment he was predicting revolution by the downtrodden poor, the co-operators were enjoying the fruits of their endeavours.

So wealthy did this corner of Lancashire become that both British and foreign investors regularly sought finance there. Self-made men like Henry Whittaker Trickett, who was the world's largest producer of slippers, and William John Porritt, who ploughed the fortune he made from making industrial felts into the new seaside resort of St Anne's, exemplified the Valley spirit. Chris Aspin, who has lived in and written about Rossendale for most of his life, relates not only the industrial success stories, but also the way in which local people made the most of their leisure, forming brass bands that became national champions and sports clubs that held their own against the very best.