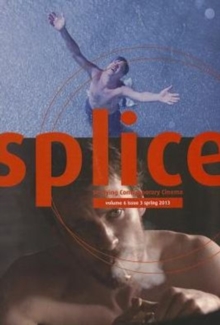 The third issue of Splice Volume 6 is a 'Prison on film'-themed issue, which will include a long article on the film Bronson, which, in star Tom Hardy and director Nicolas Winding Refn, features two of the rising stars of contemporary cinema; and an essay on the cinema tradition of putting faith on film with particular reference to the prison-set movies, The Green Mile and Dead Man Walking.