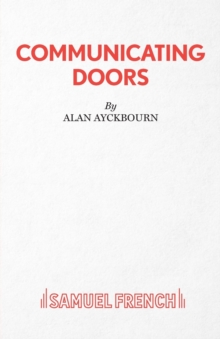 He wants her to witness a document detailing the murder of his two wives by his business associate Julian.

When Julian walks in, Phoebe disappears through the nearest door and finds herself in an identical suite, but in the year 1994.

Not surprisingly, the suite's occupant, Reece's second wife is sceptical about her explanation.

When Phoeboe goes through another door, and finds herself in 1974 with Reece's first wife, she decides to rewrite the future.