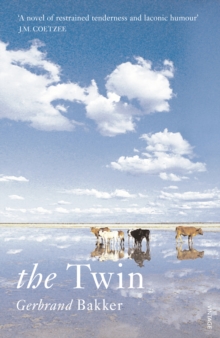 By: Bakker, Gerbrand,  Colmer, David(Translated by)

When his twin brother dies in a car accident, Helmer is obliged to return to the small family farm.

He resigns himself to taking over his brother's role and spending the rest of his days 'with his head under a cow'.

After his old, worn-out father has been transferred upstairs, Helmer sets about furnishing the rest of the house according to his own minimal preferences. 'A double bed and a duvet', advises Ada, who lives next door, with a sly look.

Then Riet appears, the woman once engaged to marry his twin.

Could Riet and her son live with him for a while, on the farm?

The Twin is an ode to the platteland, the flat and bleak Dutch countryside with its ditches and its cows and its endless grey skies.

Ostensibly a novel about the countryside, as seen through the eyes of a farmer, The Twin is, in the end, about the possibility or impossibility of taking life into one's own hands.

It chronicles a way of life which has resisted modernity, is culturally apart, and yet riven with a kind of romantic longing.