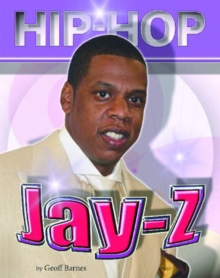 From his humble beginnings as a drug dealer in the impoverished housing projects of Brooklyn, Jay-Z has become a multi-millionaire and hip-hop icon.

Since his debut album was released in 1996, Jay has had the full attention of the hip-hop community, releasing platinum albums with astonishing consistency.He struggled to get a recording contract in the mid-1990s, but a decade later, many major record labels were competing to offer him executive positions.

He has sold over 30 million records, started an urban fashion empire, opened a successful New York restaurant, and even purchased a share in an NBA team.

Jay-Z is a philanthropist, businessman, and talented artist.

Today, after an illustrious career as a recording artist, Jay occupies the post of president at Def Jam Recordings, where he oversees the careers of young performers.