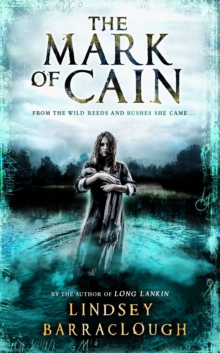 The mark of Cain

The mark of Cain

1567Aphra is not a normal child. Found abandoned as a baby among the reeds and rushes, the two outcast witches who raise her in their isolated cottage are never sure if she was born, or just pushed up through the foul, black mud for them to find.

Little Aphra's gifts in the dark craft are clear, even as an infant, but soon even her guardians begin to fear her. When a violent fire destroys their home, Aphra is left to fend for herself.

Years of begging and stealing make her strong, but they also make her bitter, for she is shunned and feared by everyone she meets. Until she reaches Bryers Guerdon and meets the man they call Long Lankin - the leper.

Ostracized and tormented, he is the only person willing to help her. And together, they plot their revenge. 1962Four years have passed since the death of Ida Guerdon, and Cora is back in Bryers Guerdon in the manor house her aunt left to her.

It is a cold, bitter winter, and the horrifying events of that sweltering summer in 1958 seem long past. Until Cora's father arranges for some restoration work to take place at Guerdon Hall, and it seems that something hidden there long ago has been disturbed.

The spirit of Aphra Rushes - intent on finishing what she began, four centuries ago.