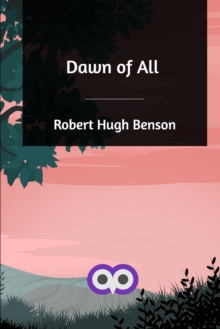 IN a former book, called Lord of the World, I attempted to sketch the kind of developments a hundred years hence which, I thought, might reasonably be expected if the present lines of what is called "modern thought" were only prolonged far enough; and I was informed repeatedly that the effect of the book was exceedingly depressing and discouraging to optimistic Christians.

In the present book I am attempting-also in parable form-not in the least to withdraw anything that I said in the former, but to follow up the other lines instead, and to sketch-again in parable-the kind of developments, about sixty years hence which, I think, may reasonably be expected should the opposite process begin, and ancient thought (which has stood the test of centuries, and is, in a very remarkable manner, being "rediscovered" by persons even more modern than modernists) be prolonged instead.

We are told occasionally by moralists that we live in very critical times, by which they mean that they are not sure whether their own side will win or not.

In that sense no times can ever be critical to Catholics, since Catholics are never in any kind of doubt as to whether or no their side will win.

But from another point of view every period is a critical period, since every period has within itself the conflict of two irreconcilable forces.

It has been for the sake of tracing out the kind of effects that, it seemed to me, each side would experience in turn, should the other, at any rate for a while, become dominant, that I have written these two books.