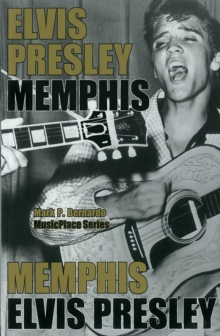 Weaving the story of the King's personal and public life with detailed descriptions of the locations in Memphis that served as the setting for his musical education and evolution, this pop culture guide offers a refreshingly even-handed account of Elvis Presley's life.

Elvis came to Memphis as a 13-year-old boy, and within a few years, he was shocking and seducing the world with a mixture of moves and sounds he had first seen and heard in the city's streets, churches, and bars.

This comprehensive tour of places on which Elvis left his mark includes the Peabody Hotel, where he had his senior prom; Ellis Auditorium, where he played his first show; the Sun Studio, where he recorded his first singles; Lansky Brothers Clothiers, where he bought his suits; and Graceland, where he lived with his wife Priscilla and died in 1977.

Anecdotes about each of the locations and how they shaped Elvis's personal and musical identity enhance the travel information, while street maps and a handy size make this book an invaluable companion to Memphis visitors and lovers of rock and roll.