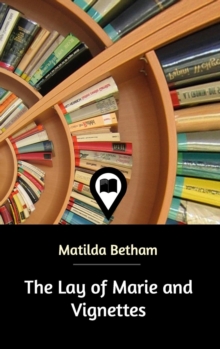 The Lay of Marie and Vignettes

As there is little, in all I have been able to collect respecting MARIE, which has any thing to do with the Poem, I have chosen to place such information at the end of the book, in form of an Appendix, rather than here; where the only things necessary to state are, that she was an Anglo-Norman Minstrel of the thirteenth century; and as she lived at the time of our losing Normandy, I have connected her history with that event: that the young king who sees her in his progress through his foreign possessions is our Henry III.; and the Earl William who steps forward to speak in her favour is William Longsword, brother to Richard Coeur de Lion.

Perhaps there is no record of minstrels being called upon to sing at a feast in celebration of a victory which involves their own greatest possible misfortune; but such an incident is not of improbable occurrence.

It is likely, also, that a woman, said to be more learned, accomplished, and pleasing, than was usually the case with those of her profession, might have a father, who, with the ardour, the disobedience, the remorse of his heroic master, had been, like him, a crusader and a captive; and in the after solitude of self-inflicted penitence, full of romantic and mournful recollections, fostered in the mind of his daughter, by nature embued with a portion of his own impassioned feelings, every tendency to that wild and poetical turn of thought which qualified her for a minstrel; and, after his death, induced her to become one.