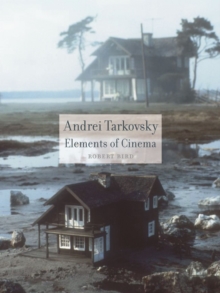 The films of Andrei Tarkovsky have been revered as ranking on a par with the masterpieces of Russia's novelists and composers.

His work, from films such as "Ivan's Childhood", "Andrei Rublev", "Solaris", "Mirror", "Nostalghia" and "Sacrifice", has had an enormous influence on the style of contemporary European film, with its open narrative structures and slow, pensive mood; yet Tarkovsky has remained an elusive subject for reflection and analysis.

Integrating his idiosyncratic ideas with his films' irresistible sensuality, Bird highlights Tarkovsky's fascination with the elusive correlation between cinematic representation and the more primeval perception of the world.The book examines Tarkovsky's films elementally, grouping them into four sections: Water, Fire, Earth, and Air.

It also discusses Tarkovsky's works for the radio, theatre and opera, and how he was in addition an accomplished actor, screenwriter, film theorist and diarist.

The author's claim however is that Tarkovsky was a filmmaker before all else, and this book examines what Tarkovsky's cinema reveals about the medium in which he worked.A thorough yet accessible study, with a wealth of images including stills from films as well as the director and crew on set, this book will be of interest to all fans of Tarkovsky, students of film studies, and readers interested in European and Russian cinema.