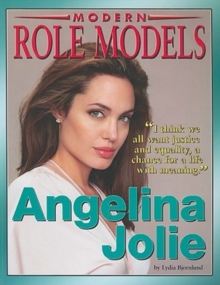 Angelina Jolie is a woman of contradictions. A natural beauty who covers her skin with tattoos, she fuels the tabloids with her unconventional behavior - from her controversial relationships to jumping into the hotel pool in a designer gown.

From the beginning, Angelina Jolie showed that she was a supremely talented actress.

She has won numerous awards, including an Academy Award for Best Supporting Actress.

But Angelina's best work has been as a humanitarian.

In 2001, she became a goodwill ambassador for the United Nations High Commissioner for Refugees (UNHCR) and since then has worked tirelessly for the organization.

She has traveled to forgotten corners of the earth, visiting refugee camps.

She has talked to thousands of refugees fleeing war and persecution and spoken out for them in Washington, D.C.

Never one to avoid the media, Angelina has used her fame to help ease the plight of refugees throughout the world.