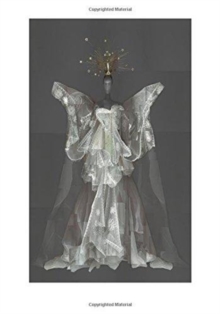 Part of the Metropolitan Museum of Art (MAA) (YUP) series

A brilliant exploration of fashion's complex engagement with the great art and artifacts of Catholic faith and practice Since antiquity, religious beliefs and practices have inspired many of the masterworks of art.

These works of art have, in turn, fueled the imagination of fashion designers in the 20th and 21st centuries, yielding some of the most innovative creations in costume history.

Connecting significant religious art and artifacts to their sartorial expressions, Heavenly Bodies: Fashion and the Catholic Imagination provides a critical analysis of fashion's engagement with notions of the divine.

Exploring fashion's complex and often controversial relationship with Catholicism, Heavenly Bodies probes what dress reveals about the state of religion and spirituality within contemporary culture, and how it may manifest-or subvert-Catholic values and ideology.

The volume also presents a selection of ecclesiastical vestments and accessories from the Vatican collection, many of which have not been published before.