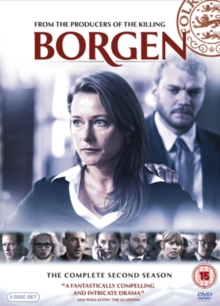 The second season of the Danish drama following a female politician's rise to power and the way in which her role as prime minister alters her behaviour.

In this series, two years have past since Birgitte Nyborg (Sidse Babett Knudsen) was elected prime minister and she continues to deal with problems in both her personal and professional life.

Having split from her husband Philip (Mikael Birkkjær), she becomes envious when he seems to be moving on.

Meanwhile, tensions rise in parliament as Labour members begin to rebel and Birgette has to make important decisions regarding Danish soldiers stationed in Afghanistan.