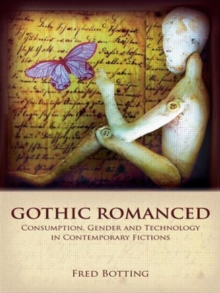 The dark, destructive and monstrous elements of gothic fiction have traditionally been seen in opposition to the rose-tinted idealism of Romanticism.

In this ground-breaking study, Fred Botting re-evaluates the relationship between the two genres in order to plot the shifting alignments of popular and literary fictions with cultural theories, consumption and representations of science.

Gothic Romanced traces the history of gothic and romantic writings from the eighteenth and nineteenth centuries to the present day.

It examines the ways in which these genres were aligned with the historical process of modernity - with the Gothic representing the negative aspects of vice and barbarism that accompanied the changing parameters of civilisation, while Romance clung on to traditional values, manners and feelings.

The book demonstrates how these genres have evolved together alongside cultural shifts and postmodern theories, blurring the binary between the sacred and the profane. Botting considers Romance and the Gothic from Mary Shelley, Anne Rice and Alasdair Gray through to Alien and Star Trek.