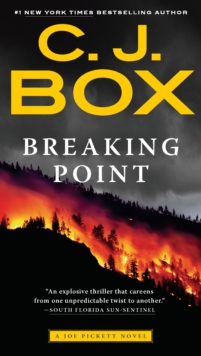 Part of the A Joe Pickett Novel series

Joe Pickett always liked Butch Robersona hardworking local business-owner whose daughter is friends with his own. Little does he know that when Butch says he is heading into the mountains to scout elk, he is actually going on the run.

Two EPA employees have been murdered, and all signs point to Butch as the killer. Soon, Joe hears of the land Butch and his wife had bought to retire onuntil they are told the EPA declared it a wetlandand the penalties they charged Butch until the family was torn apart by debt. Finally, it seems, the man just cracked.

It's an awful story. But is it the whole story? The more Joe investigates, the more he begins to wonderand the more he finds himself in the middle of a war in which he must choose sides.