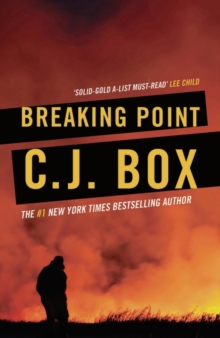 Part of the Joe Pickett series

Butch Roberson was known by all as a local business owner, a hard worker, and a family man.

Then he disappeared, leaving two dead bodies in his wake.

Now he's known as a murderer - though Joe Pickett cannot believe someone as gentle as Butch could have the instincts of a killer.

But when Joe hears the story of how Butch was bullied by the authorities, of how his longed-for retirement home was taken away from him, of how his finances were destroyed and his family torn apart - he starts to wonder if perhaps the man just cracked.

It's an awful story. But is it the whole story? When Joe investigates further, he finds himself in the middle of a war he never expected and never wanted.

Powerful forces want Roberson not just caught, but dead - and the same goes for anyone who stands in their way.