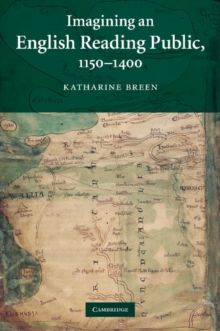 Part of the Cambridge Studies in Medieval Literature series

This original study explores the importance of the concept of habitus - that is, the set of acquired patterns of thought, behaviour and taste that result from internalizing culture or objective social structures - in the medieval imagination.

Beginning by examining medieval theories of habitus in a general sense, Katharine Breen goes on to investigate the relationships between habitus, language and Christian virtue.

While most medieval pedagogical theorists regarded the habitus of Latin grammar as the gateway to a generalized habitus of virtue, reformers increasingly experimented with vernacular languages that could fulfill the same function.

Ranging across texts in Latin and several vernaculars, and including a case study of Piers Plowman, this interdisciplinary study will appeal to readers interested in medieval literature, religion and art history, in addition to those interested in the sociological concept of habitus.