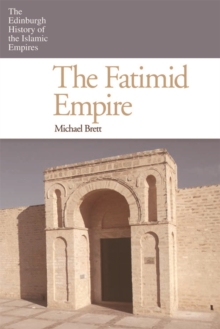 Part of the The Edinburgh history of the Islamic empires series

This is a new history showing the significance of the empire to Islam and the wider world.

From the 10th century to the end of the 12th century, the Fatimid Empire played a central, yet controversial, role in the history of Islam.

This definitive account combines the histories of Isma'ilism, North Africa and Egypt with that of the dynasty.

By relating it to the wider history of Islam, the Crusades and its theocratic counterparts in Byzantium and Western Europe, Brett shows the full historical significance of the empire.

It is a full narrative history of the Fatimid empire for students and academics of Islamic studies, Middle Eastern studies and history.

It comes with an overarching emphasis on the three key themes studied on Islamic Studies courses: empire, authority and religion, and the interaction between them. It covers everything from political, military and cultural events to the arts, learning and knowledge.

It offers a sweeping geographic scope: follows the expansion of the empire into Asia, Africa and Europe.

Confused about who's who? You can find lists of the rulers, dynasties and genealogies for quick reference* Helpful features for students include chronologies, timelines, glossaries, guides to further reading and boxed inserts with brief essays that give more detail about special events, key people and more