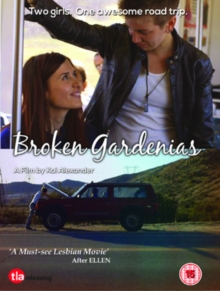 After losing her job and her house and ending up in the hospital, orphan Jenni (Grey) has her suicide attempt thwarted by confident street hustler Sam (Ashley Morocco).

Joined by her new friend, Jenni embarks on a road trip across America to find the father who abandoned her in LA after the death of her mother.

In a car stolen from Sam's ex-girlfriend, the pair travel cross-country, meeting a number of eccentric characters along the way.

However, when they finally reach LA, they are faced with the realities of finding one man amongst the entire city's population.

As Jenni tries to confront her fractured past, she is distracted by Sam meeting another former partner (Khelsy Raymond) and being dragged along to her friends' wild parties...