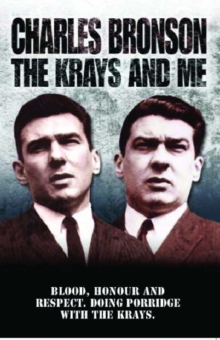 The Krays and me

Two names reigned supreme in London's underworld in the sixties - Ronnie and Reggie Kray; and it wasn't until 1969 that the twins went down at Brixton Prison for murder.

I was only seventeen, on remand up in Risley, Warrington, for nicking a furniture lorry.

Most of the lads in there had newspaper photos of the Krays stuck up on their cell walls.

They were the cream of the criminal crop, and that's why I took such an interest in 'em.

Once I was put away, it wasn't long before I got to meet them, and over the next 29 years I got closer to the Krays than any self-proclaimed henchman, any autograph hunter.

As their trusted friend they let me in on it all - no holds barred behind bars!

The shameless rats. Well now the twins are gone and I can talk. And let me tell you, I've got a lot to say and all the time in the world to say it.

No bollocks. No silly stories. Just the facts about the time I spent doing porridge with the Krays.