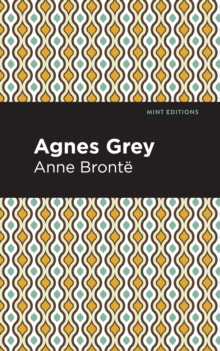 By: Bronte, Anne,  Editions, Mint(Contributions by)

Agnes Grey exposes the harsh working conditions of a young governess who's hired by multiple families, including the overly critical Bloomfields and the delusional Murrays.

While on assignment, Agnes endures consistent cruelty, forcing her to look inward for strength and encouragement. Agnes is a young woman who comes from an impoverished background.

Eager for financial independence, she accepts a position as a governess for an upper-class family.

Agnes is initially charged with the Bloomfield children, who are unruly and slightly sadistic.

The oldest boy, Tom, is particularly threatening, as he likes to capture and harm small animals.

Agnes also engages with the extremely wealthy Murrays and their daughters, Matilda and Rosalie, who are in dire need of direction.

Agnes attempts to navigate her growing responsibilities, while maintaining her morals and resilience. In Agnes Grey, Anne Bronte examines a common plight among working-class people.

It offers a revealing look at the corruptive nature of wealth, and the moral differences between the haves and the have nots.

It goes beyond the surface to expose an unflattering but honest reality. With an eye-catching new cover, and professionally typeset manuscript, this edition of Agnes Grey is both modern and readable.