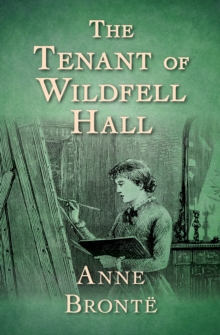 The novel of love, betrayal, and a woman's longing for independence universally acclaimed as Anne Bront's greatest work.

When the widow Helen Graham arrives at Wildfell Hall with her young son, Gilbert Markham is intrigued by her beauty and mystery.

But as scandalous rumors begin to circulate, Gilbert fears his affection may be misplaced.

So that he can know the truth about her, Helen gives Gilbert her diary.

From it, he learns that Helen Graham is no widow at all, but a woman named Helen Huntington, who has fled from her cruel and debauched husband in order to protect her son.

First published in 1848 under the pseudonym Acton Bell, The Tenant of Wildfell Hall was both a popular phenomenon and a bold challenge to Victorian morals.

Its sympathetic portrayal of a woman who chooses to leave her husbandan act that violated English lawmade it one of the first feminist novels in the English language.