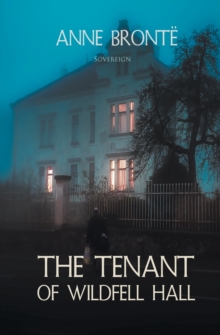 A mysterious young widow arrives at Wildfell Hall, an Elizabethan mansion which has been empty for many years, with her young son and servant. She lives there in strict seclusion under the assumed name Helen Graham and very soon finds herself the victim of local slander. Refusing to believe anything scandalous about her, Gilbert Markham, a young farmer, discovers her dark secrets.

Anne Bronte was a British novelist and poet, the youngest member of the Bronte sisters literary family.  At the age of 19 she left home and worked as a governess.   Agnes Grey follows similar path in Anne's eponymous novel. Anne Bronte's other notable works include The Tenant of Wildfell Hall, considered one of the best Bronte novels. After Anne's death, her sister Charlotte prevented re-publication of this hugely successful work and Anne remained not only the youngest, but also least known of the three sisters.