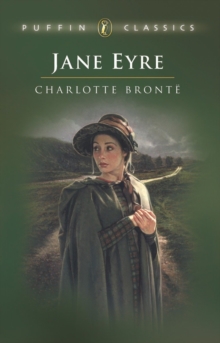 Jane Eyre by Charlotte Bronte is one of the most loved English Classics of all time.

Mystery, hardship - and love. Jane comes from nothing but she desires everything life can offer her. And when she finds work as a governess in a mysterious mansion, it seems she has finally met her match with the darkly fascinating Mr Rochester.

But Thornfield Hall contains a shameful secret - one that could keep Jane and Rochester apart forever.

Can she choose between what is right, and her one chance of happiness?***One of the most widely-read and enjoyed of all Victorian novels, and one of the greatest tales of a woman's struggle for dignity and love in a hard time***Charlotte Bronte (1816-55) is the sister of Anne Bronte and Emily Bronte, author of Wuthering Heights.

She died during her pregnancy on March 31, 1855 in Haworth, Yorkshire.