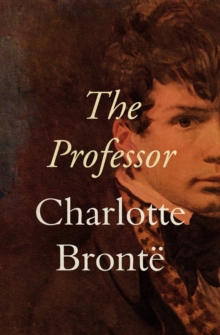 The story of a young Englishman who becomes a teacher at a Belgian girls' school from the author of Jane Eyre.

An orphan taken in by his uncles and educated at Eton, William Crimsworth rejects his relatives' plans to marry him off to his cousin and set him up with a career in the church, so he leaves to make his own way in the world. Unfortunately, William's attempt to become a tradesman leads to unhappiness-but when he makes his way to Belgium and finds a place at a girls' school as a teacher, his future is irrevocably changed.

Though it remained unpublished until after her death, The Professor was Charlotte Brontë's first novel, inspired by her own experiences as a student and teacher, which lend the story the emotional power for which her fiction is so well known.