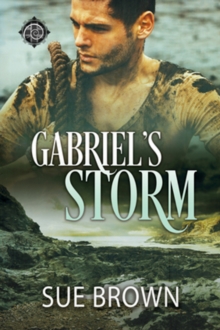 A year after he lost his wife and child to a sudden storm, Gabriel Pennant stands vigil on a Cornish clifftop and spots a small boat in distress as another storm rolls in.

He carries the man back to his cottage and sits with him until he wakes, only to discover he's suffering from amnesia.

When Sam wakes up in the cottage of a brooding, handsome stranger with a tragic past who saved him from drowning but obviously doesn't want him there, he remembers nothing except being captive in his own body.

Then they are trapped together as the village is cut off by a landslip, and Gabriel has no choice but to offer grudging hospitality.

Gabriel finds himself unwillingly attracted to his houseguest, and Sam just wants to take away the pain in the eyes of the lonely widower.

But first they need to find out who Sam is and why he's having nightmares about men trying to kill him.