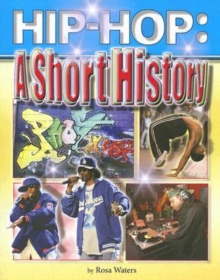 Cutting, scratching, mixing - What do these have to do with music?

In hip-hop, everything."Hip-Hop: A Short History" tells the story of how a movement that began in the neighborhoods of the Bronx, New York, grew to become a major musical, cultural, political, and philanthropic force all over the world.Learn how slavery and the civil rights movement helped lead to the birth of hip-hop.

Discover graffiti's role in hip-hop, and the movement's first stars' - the DJs.

Readers will also learn how hip-hop evolved with technological breakthroughs. "Hip-Hop: A Short History" shows how the genre extends far beyond the music scene to religion, fashion, crime, and violence.

Many hip-hop artists feel a responsibility to others in the world, and "A Short History" tells that story as well.