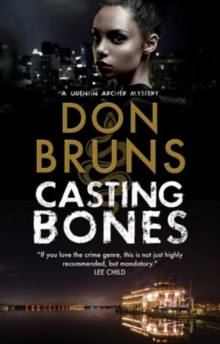 Part of the A Quentin Archer Mystery series

When a prominent New Orleans judge is brutally murdered, former Detroit cop Quentin Archer is handed the case. His enquiries will lead him into a world of darkness and mysticism which underpins the carefree atmosphere of the Big Easy. Interrogating crooked police officers, a pickpocket, a bartender with underground contacts and a swamp dweller, Archer uncovers some troubling facts about the late judge's past. But it's only when he encounters a beautiful young voodoo practitioner that he starts to make headway in the investigation.

Voodoo queen Solange Cordray volunteers at the dementia centre where her mother lives. When she starts reading the mind of one of her patients, she learns that a secretive organization known as Krewe Charbonerrie may be behind the murder of the judge. And the second murder. And the third . . .