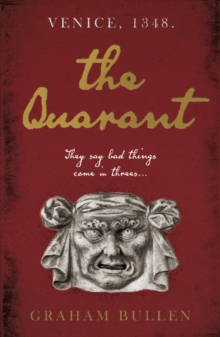 January, 1348. They say bad things come in threes... The day after an earthquake and tsunami have ravaged Venice, Malin Le Cordier, a successful English maritime trader, sails into the city with plans to mature a coup on behalf of Edward III and Genoa.

His time? Short. His guilt? Strong. Keeping the coup a secret from those he loves most weighs heavy on his soul.

But Venice is a place with secrets and revenge flows through the city like its canals.

For his sake and those he is bound to, it is best he learn to navigate it. And quickly. Unbeknownst to Malin, there is someone powerful in the city who seeks revenge on Edward III on behalf of his family.

Well-situated, he operates under covert circumstances, monitoring Malin's every move - and playing his own long game, merely waiting for the perfect time to strike. Combining greed and guilt, revenge and undeclared love, this is one trip that Malin may not live to regret.