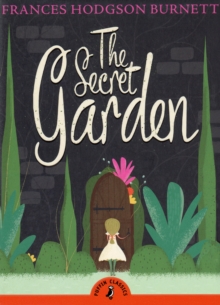 By: Burnett, Frances Hodgson,  Child, Lauren(Illustrated by),  Dahl, Sophie(Introduction by)

The Secret Garden by Frances Hodgson Burnett is a magical novel for adults and children alike'I've stolen a garden,' she said very fast. 'It isn't mine. It isn't anybody's. Nobody wants it, nobody cares for it, nobody ever goes into it.

Slowly she turns the key and enters a world she could never have imagined. ***With a heartwarming introduction by Sophie Dahl****** A behind-the-scenes jounrey, including an author profile, a guide to who's who, activities and more...****** a much-loved classic***Frances Hodgson Burnett (1849-1924) was born in Manchester.

She had a very poor upbringing and used to escape from the horror of her surroundings by writing stories.

In 1865 her family emigrated to the USA where she married and became the successful author of many children's books including Little Lord Fauntleroy and A Little Princess.