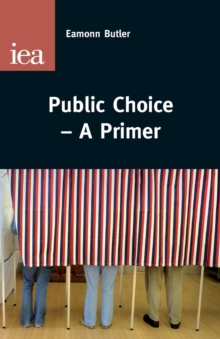 'Market failure' is a term widely used by politicians, journalists and university and A-level economics students and teachers.

However, those who use the term often lack any sense of proportion about the ability of government to correct market failures.

This arises partly from the lack of general knowledge -- and lack of coverage in economics syllabuses -- of Public Choice economics.

Public Choice economics applies realistic insights about human behaviour to the process of government, and it is extremely helpful for all those who have an interest in -- or work in -- public policy to understand this discipline.

If we assume that at least some of those involved in the political process -- whether elected representatives, bureaucrats, regulators, public sector workers or electors -- will act in their own self-interest rather than in the general public interest, it should give us much less confidence that government can 'correct' market failure.

This complex area of economics has been summarised in a very clear primer by Eamonn Butler. The author helps the reader to understand the limits of the government's ability to correct market failure and also explains the implications of public choice economics for the design of systems of government -- a topic that is highly relevant in contemporary political debate.

This text is an important contribution for all who seek to understand better the role that government should play in economic life.