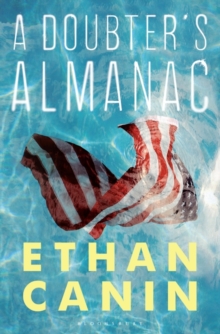 The flame of genius scorches every generation it touches. Following a lonely upbringing in the woods of northern Michigan, Milo Andret enrols as a graduate student at U.C.

Berkeley, where the faculty is the first to recognize that the young man's childhood solitude has created a prodigiously unusual mind.

Yet with Milo's great gifts come great risks, and California in the seventies is rife with temptation.

The research he begins at Berkeley will make him a legend; the woman, and the rival he meets, will haunt him forever.

For it soon becomes clear that Milo's brilliance is linked to a dark need that ultimately threatens to destroy not only his work and his marriage, but the lives of all his children, as well. A Doubter's Almanac is at once a captivatingly virtuoso illustration of the powers of the mind and a deeply moving exploration of the nature of love, ambition and genius.

It is a novel of flawed characters and unreachable dreams, of bonds that tie and passions that destroy; a major work of dazzling and seductive beauty from one of our foremost writers.