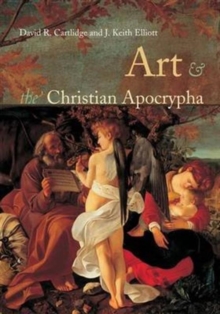 Art and the Christian Apocrypha

The Christian canon of scripture known as the New Testament excluded many of the church's traditional stories about its origins.

These apocrypha included well-known tales such as those of the ox and the ass at the Nativity, the Assumption of the Virgin, and the martyrdoms of St Peter and St Paul.

Although not in the Bible, these popular stories have had a powerful influence on the church's traditions and theology, and a particularly marked effect on visual representations of Christian belief.

This book provides a lucid introduction to the relationship between the apocryphal texts and the paintings, mosaics, and sculpture in which they are frequently paralleled, and which have been so significant in transmitting these non-Biblical stories to generations of churchgoers.

It reveals the enduring power of the Christian apocrypha in both text and art, and displays the artworks themselves in a new light.

The volume contains more than 100 plates, and numerous extracts from the apocryphal texts.