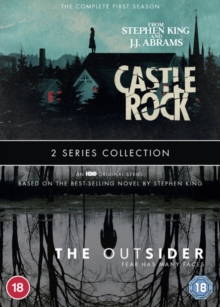 Collection of two TV dramas based on stories by Stephen King.

Set in the town of Castle Rock, Maine, 'Castle Rock' follows lawyer Henry Deaver (André Holland) as he returns to his hometown to investigate an incident at Shawshank State Penitentiary, where a mysterious inmate, known only as The Kid (Bill Skarsgård), asked for him personally.

Back in Castle Rock, where people still blame him for his father's death, Henry is forced to confront his past as he tries to solve the increasing number of mysteries afflicting the town.

In 'The Outsider', set in Cherokee City, Georgia, Detective Ralph Anderson (Ben Mendelsohn) is tasked with investigating the gruesome murder of a young boy.

However, the discovery of conflicting evidence proves Terry's innocence, leading Ralph to enlist the help of private investigator Holly Gibney (Cynthia Erivo), who uncovers a disturbing pattern of killings across the country.