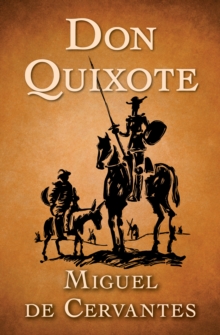 Entranced by romantic tales of heroism and chivalry, Don Quixote goes on a delusional quest for fame and adventure as a self-proclaimed knight errant.

Riding his nag of a horse and wearing a rusty old suit of armor, he roams the countryside with his loyal squire Sancho Panza.

Together they encounter an array of unforgettable characters and undertake some of the most famously foolhardy exploits in literature.

Widely considered one of the greatest works of fiction ever written, 'Don Quixote' is also recognized as the first modern European novel and a classic example of the picaresque novel.