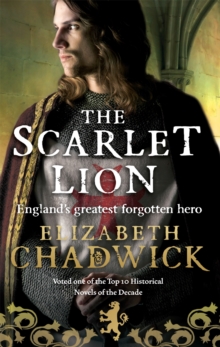 Part of the William Marshal series

Following early beginnings as a knight in the English royal household and a champion of the tourneys, William Marshal's prowess and loyalty have been rewarded by the hand in marriage of Isabelle de Clare, heiress to great estates in England, Normandy and Ireland.

Now a powerful magnate, William has weathered the difficult years of King Richard's absence on crusade and is currently serving him on campaign in Normandy while Isabelle governs their estates.

All the stability William and Isabelle have enjoyed with their young and growing family comes crashing down as Richard dies and his brother John becomes King.

Rebellion is stirring throughout the Angevin domains and although John has created William Earl of Pembroke, the friction between the two men leads William and Isabelle to distance themselves in Ireland.

The situation escalates, with John holding their sons as hostages and seizing their English lands.

The conflict between remaining loyal and rebelling over injustices committed, threatens to tear apart William and Isabelle's marriage and their family